Jason Goings salutes in front of the Confederate flag outside the State House in Columbia, South Carolina on July 9, 2015. The South Carolina Legislature has passed a bill to remove the Confederate flag from the State House grounds. The governor will sign at 4 p.m. today. This comes in the wake of the nine people killed at Emanuel African Methodist Episcopal Church in Charleston, South Carolina on July 17, 2015. A suspect, Dylann Roof, 21, has been indicted for the shootings. Photo by Kevin Liles/UPI 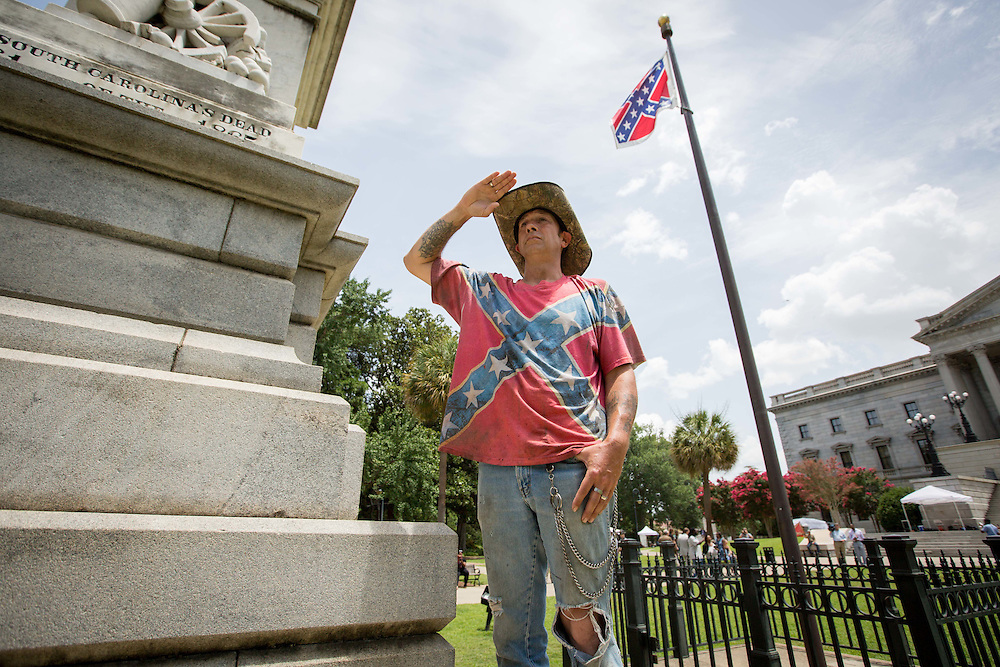