back to search results

Sara Cook looks up at her husband, James Cook, while at Captain D's restaurant in Greenville, Ga., on Thursday, July 28, 2106. Ms. Cook suffers from dementia.

In 1990, Ms. Cook purchased a Transamerica life insurance policy with a value of $100,000. Late last year, after paying more than $55,000 in premiums, the couple received a letter saying that their premiums were going up 38 percent. When their daughter, Jo Ann Sparks, who takes care of the couple, showed the letter to an insurance analyst, he said, "Please don't take this the wrong way and not to be morbid, but your mother needs to die." So the couple decided earlier this year to surrender the policy and collect $4,100 for it. That's enough, her mother figures, to cover the costs of her eventual funeral.

Photo by Kevin D. Liles for The New York Times 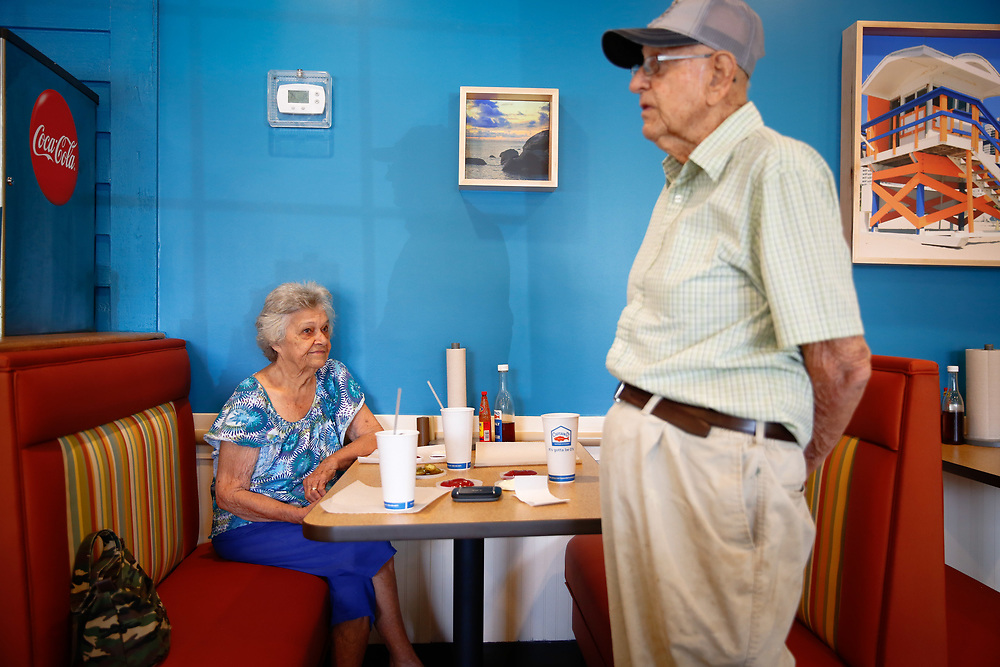